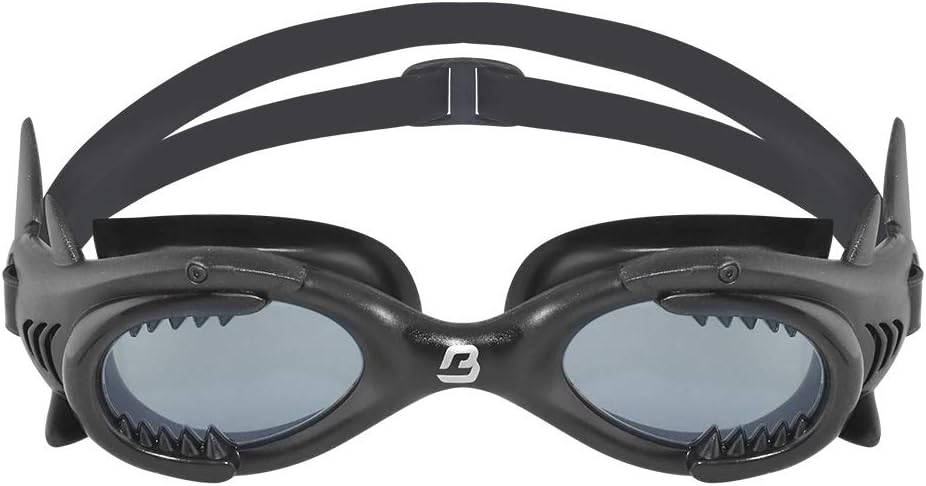 An industry pioneer in innovation and design, Barracuda is passionate about designing and producing products that enhance the swimmerâs experience in the water.

The SHARK Goggle comes in compact size for junior faces. The soft one-piece frame provides easy and comfortable fitting. The soft nose bridge contracts and expands, self-adjusting to each individualâs unique facial structure. The chlorine proof silicone head strap with the back clip is easy to adjust. Simply pull both strap ends outward through horizontal openings to desired length. Pull the back clip vertically away from the head to loosen.